BioCNG Project Chosen as a Finalist for the ABC 2018 Project of the Year Award!

BioCNG is proud to have our project selected as one of eight finalists in the prestigious American Biogas Council’s 2018 ABC Project of the Year award for our Biogas Energy Recovery System (BERS) project at the Las Gallinas Valley Sanitary District (LGVSD) wastewater treatment plant in San Rafael, California.

Led by project manager Jessica Bernardini, Cornerstone, Tetra Tech (our parent company) met the District’s challenging request to prepare a design that would recover 100 percent of the methane produced from anaerobic digestion of wastewater sludge and condition it for on-site combined heat and power (CHP) generation and transportation fuel use.

Congratulations to all the finalists and winners of the ABC 2018 Project of the Year Award. 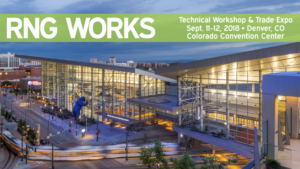 Come visit us at Booth # 416 to speak with a BioCNG professional to learn more about how BioCNG may be a solution for your renewable fuel needs. 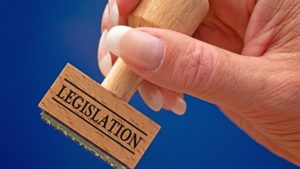 Governor Jay Inslee recently signed into law HB 2580, which is designed to encourage increased production of renewable natural gas (RNG) as an energy source for Washington State. To help the state transition to a clean-energy future, the new law will promote RNG from landfills, wastewater treatment plants, food processing facilities and agriculture.

It is also expected to create jobs and promote rural economic development. According to Governor Inslee, “This bill will help in our fight against climate change by reducing highly polluting methane emissions and displacing fossil fuels with low-carbon, renewable sources of biogas.”

To learn more, check out this article in Waste Today magazine.

Leading the charge in anaerobic digestion…

Cornerstone/BioCNG and its parent company, Tetra Tech were recently mentioned in MSW Magazine as the leaders in the anaerobic digester project planning with an emphasis on RNG systems. Written by Daniel P. Duffy, “Waste In, Energy Out: The Costs and Benefits of Anaerobic Digesters”, the article focuses on the economic benefits of anaerobic digestion technology. In the article, Duffy focuses on two of Cornerstone’s RNG projects. Clean World Partners’ Sacramento South Area Transfer Station’s Organic Waste Recycling Center, in which Atlas Disposal trucks bring material to a food waste digester, then fill up their trucks with BioCNG vehicle fuel. As well as South San Francisco Scavenger Company’s (SSFSC’s) Blueline Transfer Station, which will use biogas from food and green waste to fuel SSFSC’s fleet of collection trucks.

Read more about the economic benefits of anaerobic digestion by following the link below. 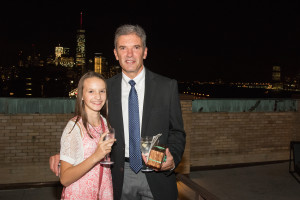 Learn About the Awards Here

December 10, 2015 St. Landry Parish celebrated today with an official ribbon cutting to mark the opening of its expanded BioCNG Vehicle Fuel Facility at its Sanitary Landfill, now fueling Progressive Waste Solutions Ltd. (Progressive Waste) refuse vehicles collecting residential trash in St. Landry Parish — the only one of its kind in the state of Louisiana. Click here to read more

BioCNG is thrilled to be a sponsor for the 2015 Coalition for Renewable Natural Gas Fuel, Heat, Power, and Policy Conference, from December 7-9, 2015, in San Diego, CA. Join us for three days of networking, events, and conversation about the important issues, challenges, and changes facing the industry today. To learn more about this conference or register, click here. – See more at: RNG Coalition

BioCNG, LLC has joined the engineering-consulting firm Tetra Tech
We are very pleased to announce that BioCNG, LLC has joined the engineering-consulting firm Tetra Tech, Inc., which has the #1 solid waste practice and the #1 environmental management practice in the United States according to Engineering News Record 2014 rankings.
We are excited about the opportunities the merger gives us to provide existing and potential clients with even broader technical project execution capabilities for a wide variety of biofuel projects.
Tetra Tech shares the same commitment to technical excellence and service that BioCNG prides itself on providing to its clients. You can expect the same level of service, leadership, and commitment you have come to expect from BioCNG, and the same people leading and performing your projects, with the added resources and service offerings of Tetra Tech.

Biomass Magazine/January 29, 2015
Louisiana’s St. Landry Parish Solid Waste District anticipates completion of expansion to its landfill-gas-to-fuel operation in October of this year.  The decision to add capacity coincides with a fuel purchase contract that the district received from a waste hauler, who has agreed to purchase and consume most of the renewable natural gas (RNG) produced.

In connection with this contract, the plans are to install an alternate fueling site in Opelousas to make RNG available at a more convenient location, not only for the general public, but to public agencies, who have begun to use RNG as a fuel source for their fleets.  “Without a means to provide access to that fuel in a more convenient location, it’s difficult to attract users or consumers to a remote location where the fuel is generated,” said Katry Martin, executive director of the solid waste district. Click here for the full article

City of Sacramento Names No. 1 Govt. Green Fleet
The City of Sacramento, Calif., was named the No. 1 Government Green Fleet at the Green Fleet Conference in Phoenix on Oct. 2. Keith Leech, fleet manager for the City, accepted the award at the conference.During his acceptance speech, Leech said a recent green fleet accomplishment at the City is the use of renewable compressed natural gas. “We now fuel our trucks with renewable fuels made from restaurant waste — hence the term farm to fork to fuel,” Leech said. “We’re pretty proud of that.” For the full article click here

Sacramento CBS Channel 13 reports that food once tossed in the trash is now powering cars in Sacramento.  A first-of-its-kind program is already showing benefits for the city of Sacramento.  It’s like a scene out of Back to the Future II, using food for fuel.  The future is officially in Sacramento as the city is the first in the nation to turn leftover into renewable natural gas.

In Dane County, Wisconsin, a new BioCNG filling station located at the county’s Rodefeld Landfill is turning even more trash into Renewable Compressed Natural Gas. Dane County Executive Joe Parisi said the station is part of the county executive’s “CNG by 2023” effort to expand the county’s use of the cheaper, cleaner, homegrown fuel over the next 10 years.

We’re flying high!
A recent issue of Delta Sky magazine mentions CleanWorld’s Sacramento BioDigester at the Sacramento South Area Transfer Station, in Sacramento, CA.
BioCNG, LLC, assisted with developing a BioCNG™ alternative fuel system that uses about 100 scfm of gas from the food waste digester to produce about 450 gallons of fuel per day. The fuel will be used in waste hauling trucks.
The magazine article lists the project as one of the ways Sacramento is aiming to be a hub for clean technology.

California Air Resources Board says CNG from landfill gas represents an 86 percent reduction in greenhouse gases. One of top 10 stories of 2012 in Beyond Waste, Edgar & Associates, Inc.

Gas composition analysis demonstrates that fuel produced by BioCNG, LLC is acceptable for use in compressed natural gas vehicles.

Are you looking for a cost effective and green fuel for your fleet?
Learn more →

Do you have a biogas source that could be converted into a green vehicle fuel?
Learn more →